Tonight we’re in Portishead Marina, having intended to cruise up and back to Cardiff this weekend. Light northerly winds and a pleasant few hours close reaching, what could go wrong? The actual wind was a northeasterly F5/6 on the nose, that’s what, kicking up the worst wind over tide between Clevedon and Portishead Point that I have ever seen. Waves not that big- around 2 metres- but short; shorter than Karisma herself. The result was that she was being picked up by a couple of waves and moments later there was no water at all beneath her: SLAM! SLAM! SLAM! For the last hour of the journey. Spray everywhere; we took brown water on deck a couple of times and it was so bad some even squirted under the forehead hatch. Crew and clothes soaked. No photos were attempted lest Neptune acquire a new iPhone.

On arrival we had a useful chat with the marina staff about the Holms Race, which we have entered next week- this is a race from Avonmouth to Steepholm and back. Because it’s very tidally influenced, every yacht picks her own start time, so planning for this is a big part of the race. You need to start quite early in the morning, so you need to be in Portishead the night before; but when you start is sort of dictated by when you can lock out of the marina, and they run a booking system for that. You can’t book a lock out unless your boat is already in the marina.

Result? The local boats have already taken nearly all the best lock times, because they’re already here, and some of the lock times are already fully booked. If we take Karisma home tomorrow and- as planned- bring her back on the night before the race, we’ll miss out on all the competitive lock out times and be out of the running before we start.

To avoid this we’ve booked her a good, competitive lock out for next Saturday morning, and in the meantime we have to leave her in Portishead. Good thing we thrashed our way up here this weekend then, but I can’t help thinking this issue- not mentioned in the notice of race- gives local boats a bit of an advantage in an open event.

And what time will we be crossing the start line on Saturday? Well, why not come along and see? 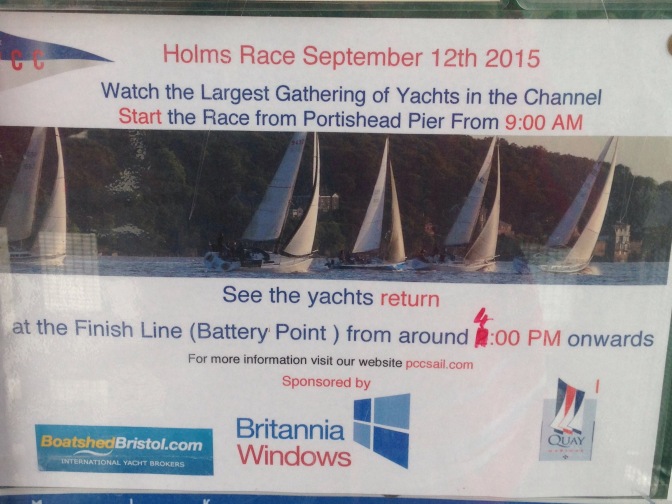 2 thoughts on “Shock and Awe in Avonmouth”